HISTORY OF THE HORAN FAMILY 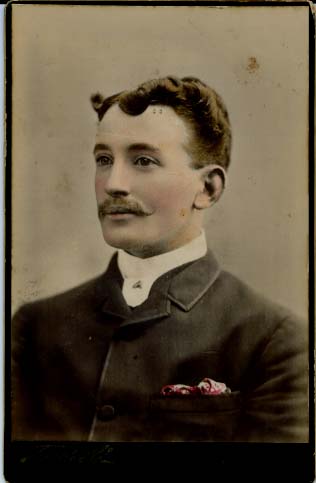 OUR STORY OF THE HORAN FAMILY BEGINS WITH:

My,  gt.gt. grandparents JOHN HORAN and his wife MARY KILFAHEY or KILFILL, or KILLALLY or KILFOYLE,     both were deceased by 1849.   They lived at Eglish,  (probably),  near Birr, Kings’s County, Ireland.

(1) CATHERINE HORAN born abt 1799,  married John Hogan, ( my gt grandparents),  Catherine died in Bendigo Australia 11-2-1887. (see HOGAN FAMILYTREE),    (see also… Note Below…. in Bernard Horan’s details… of the arrival of Catherine and her two younger sons)
( 2) JOSEPH MICHAEL HORAN  born 1813 married Brigid McEnteer (or McIntyre) she was born abt 1825.   They were married at Banagher, Kings County,  by Rev Fr. Smith on 1-2-1845.   Witnesses were Michael Madden and ? McEntire.
Bridget’s parents were Terence and Margaret McEnteer.  Her mother Margaret McEnteer (nee Dean) she was already living in Adelaide before Brigid’s  arrival in Australia.
JOSEPH could read and write but Brigid was illiterate, and a  dairywoman  They came to Sydney on the ship Una.   They left Plymouth 16-7-1849 arriving NSW 22-11-1849.
Their 3 young sons John Horan aged 3, born in Eglish, Ireland,  Patrick Horan aged 2, born in Eglish, Ireland and Michael Horan born at sea & baptised in Sydney 1850.   These children accompanied them to Australia.  The shipping records showed them as coming from Eglish, Kings County, Ireland.

JOSEPH HORAN’S  obituary was in the Bendigo Advertiser 8th March 1887.   He died 6-7-1887  aged 73 years at Sandhurst.     Son of John Horan and Mary Kilfahey.
“The  death is announced of Mr Joseph Horan of Panton,  Golden Square who was well known by old Bendigonians.   In 1852 he came to the Forest Creek Gold Rush .   Later opening  the Hibernian Hotel in High Street Bendigo.

He  also kept a store in LONG GULLY and was engaged in various other pursuits during his long career, one of which was teamster between Melbourne and the Bendigo diggings.   In  1854 The Bendigo Advertiser when reporting on the Govenor’s visit,
states that many hotels displayed banners of welcome and that the Hibernian Hotel displayed a sign in Gaelic which read “CEAD MILLE FAILTHE”, a hundred thousand welcomes.
BRIDGET HORAN  his wife predeceased him passing away on Christmas Day 1886.

(3) BERNARD HORAN  son of John Horan and Mary Kilfahey died at Hoth Bay Asslyum 1884 aged 66 years.   BERNARD HORAN, an agricultural labourer, aged 28 years, and THOMAS HOGAN, also an agricultural labourer, aged 25 years,     sailed  from Plymouth,   on the Robert Sale on 7th March  1850.   The journey took 85 days arriving 30th May 1850.   (entry from the… Disposal Record,  (eg. where they were going,  after leaving the ship).      Bernard and Tom Hogan worked for W. Byrne of Fr…Creek.   They were each paid 24 pounds plus rations for 12 months, they were travelling together as the entries are identical for each of them.    Tom Hogan,  met Rody, and  Kyran, his brothers,  and my gt. grandmother Catherine Hogan,  on their arrival,  when the Ship “Boomerang” reached Melbourne, on 22nd January 1854   (the Disposal Entry) … states ….”Gone with her son Thomas Hogan”     (See above re Catherine also)

Bernard held the original licence for the Hibernian Hotel in Bendigo.

“Information is requested about the whereabouts of Bernard Horan.   He is about 40 years old, five feet six inches high, dark brown hair, round features, little or no whiskers , has a downward look.    He is a good sheep shearer and fencer and was formerly in the employ of Mr. George Ritchie.   He is now supposed to be in the neighbourhood of the White Hills.”        (White Hills is at Bendigo)
(4) HONORA HORAN daughter of  John Horan and Mary Kilfahey born 1803.
She married JAMES MACKINS (or Mackens) a farmer and as a widow, she and her children landed in Melbourne on the ship “Merchantman”

29th April 1854.   They sailed from Plymouth 11th Jan. 1854, arriving in Melbourne on 29th April 1854.    She was a Catholic and could read and write and was from King’s County.   The disposal record states she was met by “her Nephew and the children’s cousin … Thomas Hogan”,    a labourer from Pentridge.   Thomas Hogan took the women to Salt Water River.   John and Michael did not accompany her from the Ship but went to Geelong.

A Hogan Family from County Clare also travelled on the “Merchantman”

The Children of Honora Mackins who came with her on the Merchantman were:
Keren Mackins aged 13
John Mackins aged 17
Theresa Mackins aged 16
Michael Mackins aged 14
Maria Mackins aged 14  (later Mrs Craig) lived at Inglewood, Victoria.
All were Roman Catholics and could read and write
They went to Marybinong River or Digger’s rest.   John and Michael went to Geelong from the ship.
Kieran or Keren died in Gundagai NSW in 1864, John died there in 1909 (he married Mary A. Donoghue in Mudgee in 1855).   Kieran and Theresa predeceased their mother Honora.

“On the night of 6th April 1892 a very feeble and much restricted Honora, unable to sleep, moved around her small 2 roomed cottage using a candle to light her way.   Her cottage was opposite the Golden Square Hotel in High Street, Bendigo (licencee was  Honora Merrigan, her niece).

Moving from room to room her candle caused the lace curtains that draped the doorway to catch alight.  Honora retired to bed and then noticed the flames.  She struggled to the doorway where she collapsed screaming, her nightclothes and nightcap caught on fire.   Neighbours were awakened by her screams and extinguished her burning clothing.  They  carried her  across the street to the Golden Square Hotel  in the early hours of the morning.        From here Honora Mackins  was taken to the Bendigo hospital where she died on 15th April 1892.         Honora is buried in the Bendigo Cemetery in an unmarked grave Section K5, near Patrick Hogan and Elizabeth Kelly Hogan his wife.
(5) MICHAEL HORAN son of John Horan and Mary Kilfahey etc.

MICHAEL HORAN married BRIDGET MADDEN 15th Oct. 1826 at Banagher, Kings County.
All that we know of them is that a daughter of theirs Honora born about 1833 arrived in Australia on the Ship America in 1853.   It berthed in Moreton Bay.   Honora recorded her age then as 20 years old and that her parents were still living in Ireland.   She also said she had a cousin on board, namely Patrick Hogan and his wife Eliza Kelly Hogan, and an uncle living in Melbourne, namely Joseph Michael Horan.   Honora later married Andrew Merrigan in Brisbane in 1854, and they later moved to Golden Square owning a tearooms and later as licencees of the Golden Square Hotel.   They cared for the eldery Honora Mackins, her aunt,  at the time of her tragic death by fire (as recorded above).